On May 24th 1979 the dead walked the earth, brought to us by the godfather of the Zombie genre, George A. Romero. Now here’s my review of Dawn of the Dead.

A classic line, a classic piece of modern horror fiction, one not deserving of the “cheesy” tagline this review is in — back in the 31 Days of Halloween Top 100 Cheesy List, but, I do get why some people would call it that.

Following the events of Night of the Living Dead in 1968, we follow the exploits of four survivors of the expanding zombie apocalypse as they take refuge in an abandoned shopping mall following a horrific SWAT evacuation of an apartment complex.

Taking stock of their surroundings, they arm themselves, lock down the mall, and destroy the zombies inside so they can eke out a living — at least for a while. Tensions begin to build as months go on, and they come to realize that they’ve fallen prey to consumerism.

Soon afterward, they have even heavier problems to worry about, as a large gang of bikers discovers the mall and invades it, ruining the survivors’ best-laid plans and forcing them to fight off both lethal bandits and flesh-eating zombies. — Written by Curly Q. Link, IMDb

As hordes of zombies swarm over the U.S., the terrified populace tries everything in their power to escape the attack of the undead, but neither cities nor the countryside proves safe.

The group retreats to the haven of an enclosed shopping center to make what could be humanity’s last stand.

See, I was a huge Romero fan growing up; Night of the Living Dead and its subsequent sequels became the stuff of legend. They were the inspiration for the Zombies we all know and love, the best example of which is The Walking Dead, one of the biggest TV sensations of the last 10 years.

This film set the bar for what was to come, the special effects, the story, all of it was the beginning of what we know as a classic zombie film. 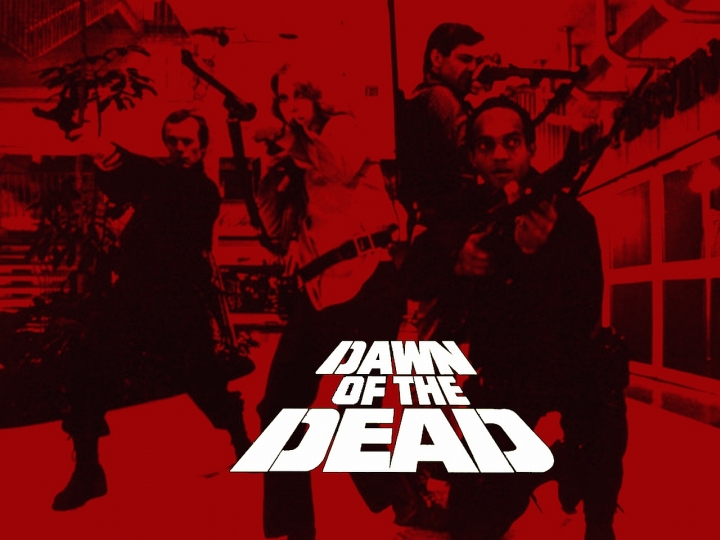 I could say a million different things about this film, talk about the classic death scenes, about how Tom Savini cemented himself as one of the all-time greats in horror special effects, but I’m not.

What I’m going to tell you is that you should sit your butts down and watch this series. All of them, start at Night of the Living Dead and work through them all. Dawn of the Dead is such a classic Zack Snyder remade in 2004.

One thought on “Dawn of the Dead”

This site uses Akismet to reduce spam. Learn how your comment data is processed.